Showing posts from October, 2012
Show all

October 27, 2012
We've hit that time of the year where it's ridiculously difficult to drag myself out of bed in the morning. Somehow, the cold dark 7am of October seems 100x worse than the cold dark mornings of December/January, due the the vagaries of snow and getting used to it and daylight savings time ending and all that. Until this summer, Beatrix was a truly crappy sleeper, waking up several times a night, and I think my body is still also used to dealing with that. It seems I don't truly fall heavily asleep until 5 or so, which is especially painful on the many mornings when Beatrix wakes up before her "sun light" comes on and she is allowed to get up. Luckily, I have a wonderfully patient husband who gets her settled at those times and then makes coffee. Still, it doesn't stop me from fantasizing about a "morning nanny" who arrives around 6:30 and deals with Beatrix until 9:00 or something on occasion. Those sleeping-in mornings seem like someone else'
Post a Comment
Read more

That's Why They Call It "Saint Paul"

October 25, 2012
Ten years ago today, I was inventorying the bar at Jeune Lune when Sonya Berlovitz rushed in to tell me that Paul Wellstone was dead. "Don't be silly," I remember saying, "you don't die that suddenly from MS." And then I learned about the crash, and left work immediately to go to Judy McLaughlin's house, where we all mourned Paul, and Sheila, Marcia, Tom, Mary, and especially Will. I was out of the country when Paul was elected, but when I came back, he was the first national-level politician to really affect me. Part of that was his personality — giving out cups of water to runners at the marathon, getting us all to gather around that green bus, consistently listening to people and challenging them to do more at the same time. As much as Paul meant to me personally — and I know I was lucky to have that kind of access to a truly great man — he meant even more to me as a senator who truly represented his constituency. And his family and staff. Will wa
Post a Comment
Read more

October 24, 2012
Recently, Patrick and I went to a lunchtime launch event for a new product. Even before the launch, I became a big fan of the product. But I was sadly disappointed by the event itself, and I think there's a lot to learn from it. The invitation promised a " some delicious food, followed by an overview of ---- from ----, VP of Operations, where he’ll talk about some amazing things we have up our sleeves, and how we will make a mark in the Twin Cities."  It was at a lovely venue, the event sounded interesting, I support the product, and even though it's hard to get away in the middle of the day, I thought it would be worth it. However, once we got there, it was painfully obvious that very little thought had been given to the audience. Several representatives from the company were there, and were genuinely interested in our opinions, but I could see right away that what we said was not what they expected. Strangely for a noon event, the food was rather minimal — som
1 comment
Read more 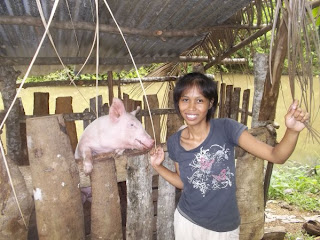 I've long wanted to try Kiva, because I think the idea of community micro-loans is fascinating. I got a push towards it today, though, after having lunch with Nick from the Minneapolis Foundation and really thinking about leveraging resources. Tonight, when Beatrix got home, we scanned the pages of loan opportunities. We chose the Philippines, because my friend Merv's family is there, and they were incredibly generous about taking us around when we visited there in the late 1990s. In fact, of all the places I've been, the Philippines remains one of the most fascinating. Then the debate. Help people buy products for their store? Plant rice? Fish? But as soon a Beatrix saw Sunde, who needed funds to help raise her pigs, we were hooked. Sunde only needed $125, and I think by now, just a few hours later, she is set. But there are a lot of other people, all over the world, who could use a little help towards their dreams. I am already thinking of loans to several other peo
Post a Comment
Read more

Shop Local - Because The Service is Better

October 20, 2012
Over ten days ago, despondent at the pathetic mom-ness of my closet, I finally called J. Crew to schedule one of their free stylist sessions. The sales assistant who answered the phone gushed "Lauren is the best. She'll call or email you right away to schedule." I'm still waiting. Meanwhile, I stopped with Beatrix at Victoria Crossing today because she requested a cookie from Bread and Chocolate after circus class. While she ate an m&m cookie as big as her head, I browsed the racks at Hot Mama . After I had had a few moments to look around, a lovely young lady came over, introduced herself as the manager of the store, complimented my daughter, and asked if I needed any help. When I related my closet woes, she immediately said "Can I pull some things for you to try?" Since Beatrix was with me, I didn't have time, but she asked my sizes, gave me her name, mentioned another employee that could also help, told me the best times to come in, and wrot
Post a Comment
Read more

October 16, 2012
It's the time of the year (and especially every 4th year) where things start to get really exciting. My labor union client is abuzz with energy. Lawn signs give a snapshot of the view of the residents. The majority of the calls on the land line are polls (or sometimes push-polls). I always mean to skip the debates and get sucked in instead. I know some people hate this. Several of my Facebook friends inevitably make multiple posts about how much they hate the election period, choosing to focus on its divisiveness, its inherent challenge, its conflicts. But me? I love it. I love seeing friends post about the things they are doing to affirm their beliefs and try to make the world a better place — volunteering on campaigns and at phone banks, participating in GOTV efforts, holding fundraisers, and giving, giving, giving of time, of money, of expertise, of opinion. There's a lot of things I dislike about the current state of this country, and a lot of things I am disappointed
Post a Comment
Read more 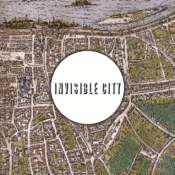 Yesterday afternoon, Patrick and I took 90 minutes out of our day to have one of the coolest, most incredible experiences I have had in recent memory. We were some of the first to try out the Invisible City  project. A virtual public art event, guided by smartphone and leading you through the North Loop area of Minneapolis, Invisible City sends you on an interactive mission through a city that you never knew existed — even if you know that neighborhood well. Seriously, we're still talking about it. We're analyzing the experience, re-living it, virtually retracing our steps. Go here , follow the instructions to the letter (after all, laser-accuracy is important to a mission like this and more importantly will keep you from fubar-ing your phone settings and getting lost in the middle), and go have this experience. To tell you anything more about it would take away from the experience. Trust me. I guarantee it will change your life.
Post a Comment
Read more
More posts