November 20, 2017
This has been a hard read. Not because it was not engaging, but because I kept on thinking somehow that, if I did not finish it, maybe Bowie would still be alive. Then I found out he had written a song for the SpongeBob Squarepants musical head to Broadway and figured it was all over anyway.

All humor aside, it was a wonderful book, and one that both did not deserve my slowness, but also one I wanted to linger over. It's written in an unusual style, basically full of snippets from interviews of hundreds of people who knew and worked with Bowie, so it was like being at a surreal cocktail party with only one focus. I think it's the kind of thing David Bowie would have been amused by, were he still alive.

I don't know how accurate it is, but I'm not sure that's the point. It felt like looking at a kaleidoscope of someone's life, the kind that you keep spinning and the image keeps changing.

I wish there were photos, though. I kept paging through hoping there were some — it would have filled it out more comprehensively. 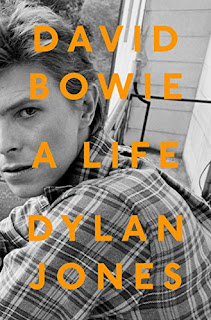 (As always, I received the book from Blogging for Books in exchange for my honest opinion). 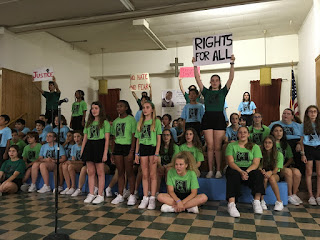