Iceland in a Nutshell

July 08, 2018
1 July, 2018
Delta flight was 4 hours late due to mechanicals so we were wrecked. Supposed to be a 10pm departure but instead 2am, so we lost a ton of time and sleep (did get to see Lean on Pete starring Charlie Plummer on the plane though, so not all was lost).

Got car from Sixt, drove along the water road to AirBnB, which was located on a farm outside of Hella. Stopped at black sand beach (not THE one, but A One). The whole way we remarked on the beauty — the lava fields! The shoreline! The mountains! The steam coming from the grouns! The Icelandic horses! 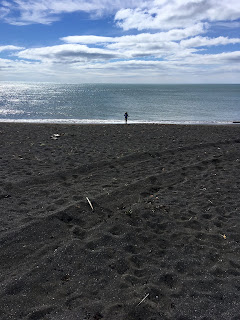 Found AirBnB — loved it. The cottage was pristine — so clean, so spacious, so well outfitted. Amazing to have this whole space to ourselves. Napped an hour, and made a quick dinner (we had brought food to save money). Beatrix got to see the horses and the lamb (and dog of course). 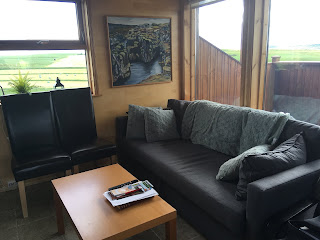 Around 8:00 we drove up to Guilfoss to see the falls and Geyser (to see the geysers, of course). That way we could hit at least part of the Golden Circle. Actually was nice to go at night when there were fewer tourists. Both places were kind of amazing, especially the geysers — we stood, transfixed, for quite some time. Peeked at Secret Lagoon on the way — looks nice. Hard to find all the hidden things we see in blogs. Got lost on the way back but made it. 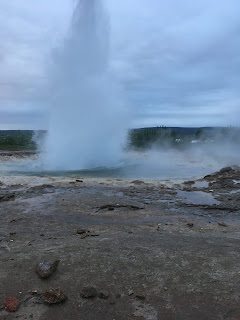 Gudfinna took Beatrix down and she got to see the animals and especially the horses.

Drove to Vik. Stopped at several waterfalls on the way — Seljalandsfoss, Gljufabui, and smaller ones off of them.

Stopped to look at Eyjafjallajokull Volcano, after all the consternation it caused when it eruped in 2011.

Hiked up to Seljavallalaug free hot spring in mountain. Slimy with algae and only warm, but still incredible to be there in the mountains.

Drove to Black Beach (Reynisfjara). Ate at the café there — expensive sandwiches. It was cold and windy but walked the beach anyway. The black sand and the basalt columns are amazing. 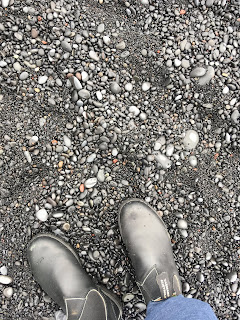 Of course had to stop and see Skogafoss waterfall. I thought this trip would be a success if we saw 3 waterfalls (and went to 3 hot springs), and we’re more than double that for waterfalls!

Solheimajokull Glacier so that Patrick and Beatrix could see a glacier while they still existed. We did not walk all the way up because it had melted so much and the glacial pool was so big, but really cool to see it. 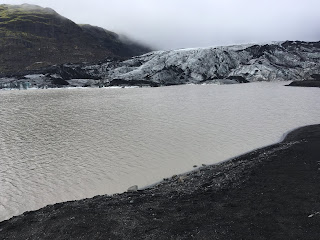 Stopped by the lupine for an obligatory picture. 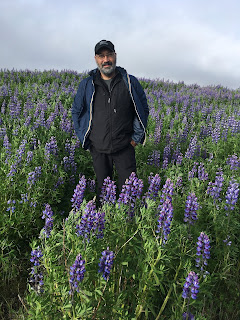 Home. Hot tub. Watched Bordain on Iceland, which he did not like.

3 July 3, 2018
Started with breakfast with Gudfinna and Elias. So Much Food! Sausage, herring, egg bake, homemade bread, delicious skyr yoghurt, etc. Really interesting conversation with them, an hour flew by.

Pingvellir Park this morning, where the European and American tectonic plates meet (and Law Rock). Less exciting than we thought, but interesting terrain. Disagree with Rick Steves on the 3 triangles rating but glad we went. The tectonic plate separation is pretty interesting to actually see in force.

Then went on a quest to find Braurfoss (waterfall). I had seen it on some blogs, so we went in hunt. It was a much longer hike than we thought, and we got lost a few times, but finally found it, and it was even more amazing than expected! Parked at the end of a gated community, walked 1km or more in along a road, then through some muddy paths, getting lost a few times, before finding it. 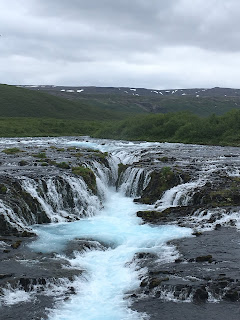 Rewarded ourselves with ice cream in a place where they make it there from their cows (Efstidalur II). 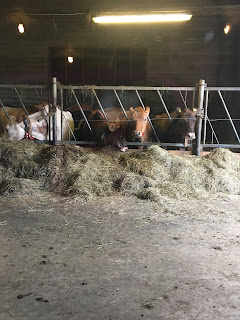 Then found the SECOND hidden falls for the day, Faxi, not far off the main road. I don’t know how we missed it the first night! 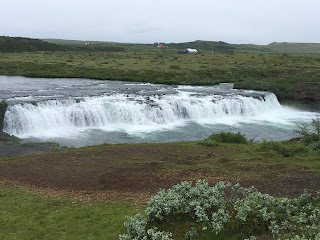 Decided we needed hot springs, so spent 2 hours in the Secret Lagoon. Smaller than we thought, but still great. A really lovely, authentic experience. Interesting walk with geysers around the outside. 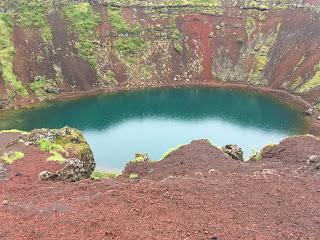 4 July 2018
Day in Reykyavik. Drove into the city to meet Tom (from the Icelandic circus) and his partner (also in the circus) at the perfectly hip Kex Hostel for lunch. Fantastic couple of hours discussing circus. 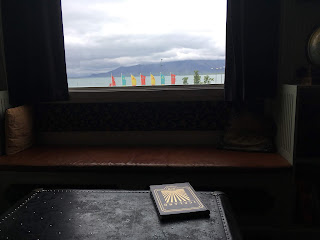 Walked around and window shopped on the main streets. Did not really do anything touristy at all besides shopping and looking at the murals, window shopping, and people-watching. Checked out the pier. Found a fantastic cupcake cafe. Shopped at tourist shops. 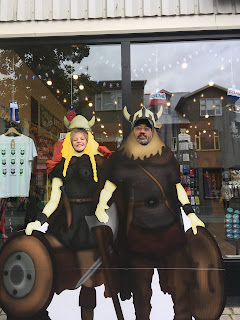 Happy hour at Bravo, a very cute, bohemian pub. Then to Vinyl Kaffee, a vegan place, for dinner.

Drove back to the farm and hung out in the hot tub until about 12:30, when I took this picture: 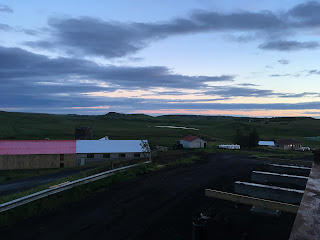 5 July 2018
Why do we have to leave? Woke up to find the “small house” Gudfinna and Elias had ordered had been delivered overnight (we think we may have seen it on the road last night). It arrived with the bathroom fully installed and just had to be lowered into place! While that was going on (and we had slept through the delivery!), Beatrix got to be on a horse again. We then packed up, pet the dog a few more times, had one last coffee breakfast with our hosts, and were on our way. 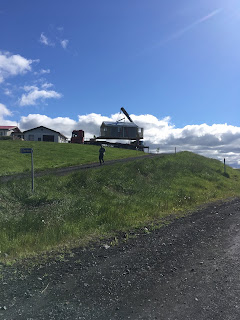 Stopped in Selfoss to pick up a few more Lion Bars and HobNobs. Then on the road to Keflavik. Stopped at a geothermal facility and the “Bridge Between Continents” on the Rekjaynes Peninsula before arriving at our AirBnB in Keflavik (small but serviceable).

Then to the Blue Lagoon. This was the bucket list item that inspired the whole trip, and though it was fun, the Secret Lagoon was far nicer, especially given the price. A highlight of the trip, though, was watching some teen/twentie boys do pull-ups on one of the bridges, to which Beatrix responded by doing 10 good ones on her own, without a pause. They stpeed, slack-jawed, and then high-fived her. 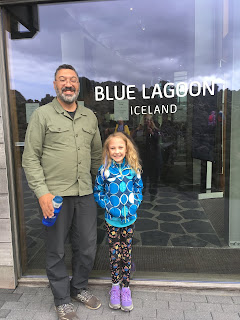 Reykyavik for dinner, where Patrick and Beatrix had hot dogs at the stand that Bill Clinton ate at and made famous (as I told Beatrix, “Hillary Clinton’s husband), and then pizza at the Cuckoo’s Nest. 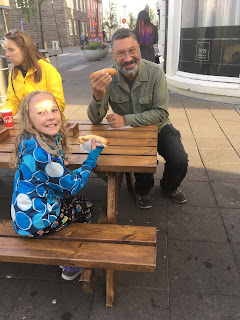 A great trip, and we’ll be back!