December 24, 2019
It's not Christmas in my family without lefse. My grandmother used to dramatically state "I made 12 lefse today!" as she drowned her exhaustion with a scotch-and-water. My mother would roll out out into pangea-shapes (perhaps not purposely) while swearing a blue-streak usually reserved for games when the North Stars were losing, while I grilled it. The first Christmas after my mom dies I burst into tears saying "I don't know how I'm going to make the lefse," which is how Patrick rallied and became America's only black lefse-maker.

This year we have a smaller group than usual, but I think we still made enough. Beatrix even began to learn how to roll it out (I stuck with grilling). 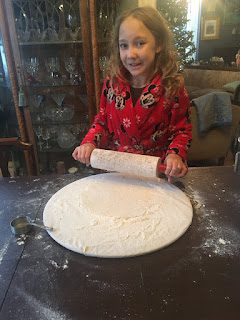 There's something very zen about the whole experience, honestly. Getting the feel of the dough right. Rolling out out so it's not so think in breaks up, but not so thick that it's too doughy. Grilling it so it's just right on each side. There's the time together making it, listening to Christmas music and preparing for the day (we always do it on Christmas Eve morning). Even the cleaning up, because it seems to get everywhere.

This year, there was a slightly different flow. We're in the middle of buying a house, and calls about that kept on coming in. Brutus wanted to play fetch. Beatrix was somewhat tween-y emotionally, and I needed more coffee and accidentally trashed my favorite flour-sack towel with a Minnesota outline on it. But what mattered is that, for that hour, we came together as a family and made   the lefse, and it was fantastic. If that's not a metaphor for Christmas, I don't know what is. 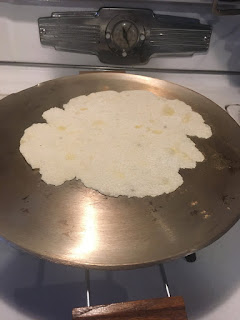 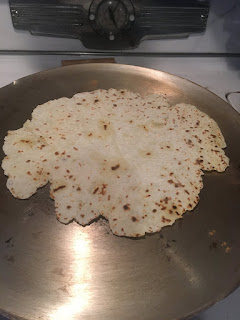 Aaron said…
Thanks for sharing... your post brings back memories of the lefse my grandmother would make around Christmas. She passed earlier this year and hadn't been in lefse-making shape for a few years, but my cousin has picked up the tradition and we'll have dinner this evening at her house. It won't be the same, but the memories remain.
December 24, 2019 at 1:05 PM

In January, I entered a contest online to win three hours of an organizer's time, in a contest generously sponsored by Leah Morris from Mindfully Minimized . This is the photo of my office space that I submitted to prove how badly I needed her help (if you're a client, you may not want to look....). Perhaps not shockingly, I won, I think because she felt sorry for me. You all know I struggle with minimalism. So, although I badly needed this, I was not at all sure it would work for me, or even if I was up to the task. I just don't ever seem to have the minimalist mindset. I was pretty sure I would end up in tears, and Leah would run screaming (or at the very least least kind of annoyed with me). Leah asked me to do very little prep, but my "homework" was to come up with thee words that described my space/the project. I chose: -  cluttered -  overwhelmed -  guilty The last word really wraps it up. Guilty for squandering space, for not keeping track of th
Read more