August 01, 2020
This summer, we undertook one of the biggest project of our house — we had all the floors redone. It was long and drawn out — though we had a fantastic floor guy, with some various delays on his end and ours it has taken since June. But it was so worth it! (I had a post about the first floor a few weeks back, you may remember).

Our house was built by Sarah T. Chapin in 1886. A fashionable Victorian lady, she did what many did at the second time. The second floor had wide, virgin pine boards as a subfloor, over which could be tacked a hygienic painted floorcloth. Protected you from the corona, and everything else.

Over the years, those floors had been painted, and covered with plywood, and stick-on tile, and everything else. We had replaced the flooring in our bedroom and Beatrix's room, on either end of the hallway, but the middle bedrooms and the hallway remained their dirty, gritty, cat-smelling selves. At one point (in the 1990s) I had painted the guest room floor in an attempt to do something better with it, and it looked sweet, but that was a short term solution that had gotten a little long on the tooth. So we decided to get them redone (because why not do all the floors in the house at once?) 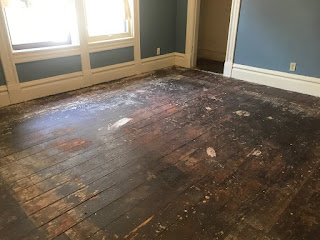 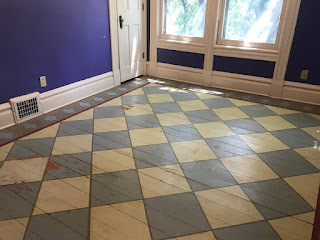 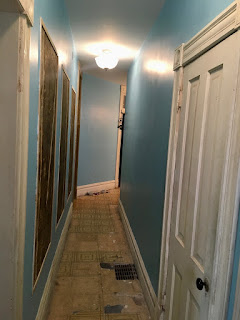 During — while they were being sanded: 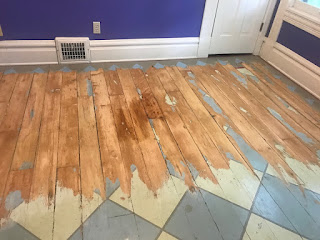 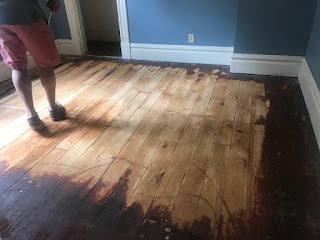 As they were being sanded, we realized that the wide old planks could simply not be redone. It would have looked nice in a cabin, but not in a traditional Victorian house. And we had already known the hall could not be saved.

So, I got lucky with Facebook Marketplace, and found 500' of thin red oak out in Delano, which we purchased for $500 (and 2 trips out and back to fill the car). 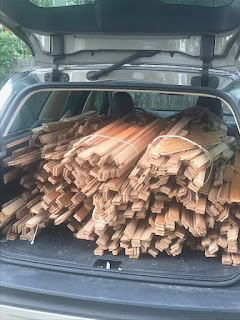 Our floor guy, Jon, took this in good spirits and installed it. 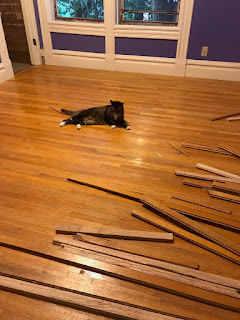 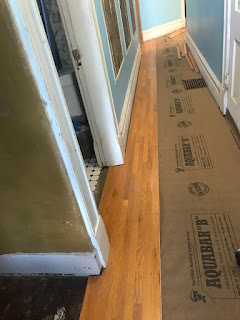 Then, sanded it down and refinished it. 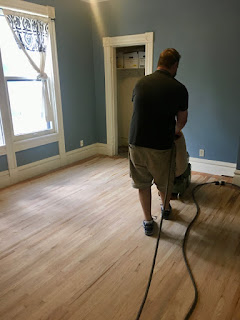 He put down 3 coats, and today we were finally able to get in and paint the shoe molding and get it back in: 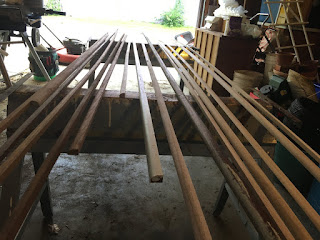 Not all the molding is back, but you can see the flooring done: 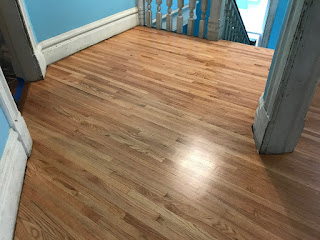 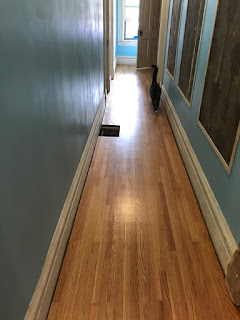 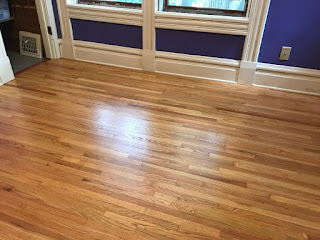 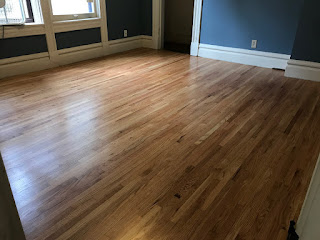 My favorite shot of them all: 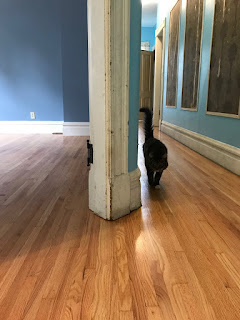 It was a huge project, but I am so glad we did it. I CANNOT BELIEVE how great they look, and how they are exactly what we needed. After they massacred the house 2 houses down, we resolved to take better care of this great grande dame of a house, and I am so glad.

PS: this is our floor guy: 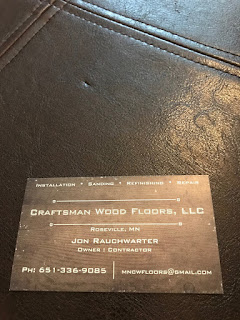