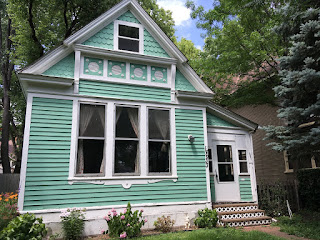 Since I bought my house in 1993, the Hill family in this house has been our neighbors. First John and Marie and their sons, then just Marie and her younger son Eddie, and now Marie has passed (at 100!) and Eddie has moved out. The house was sold to one of those wholesale acquisition companies, who turned it around for a huge asking price (190K), and I suspect it will soon be torn down and replaced with some Pottery Barn McMansion horror.

The house is 1884 and is the earliest on the street. Ours was build in 1886, and several of the other ones on the street were moved in when the fields and playground for Webster School were put in down the street.

I know a lot of people look at this and are horrified, but I really wish we could have bought it and saved it. 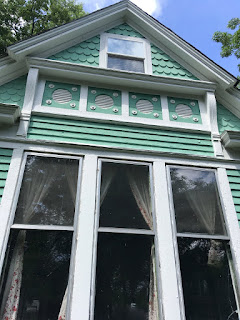 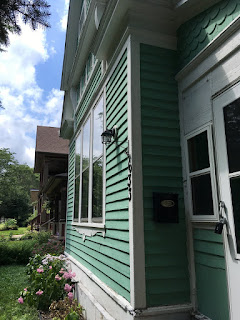 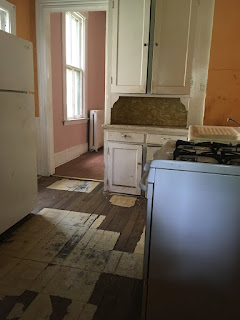 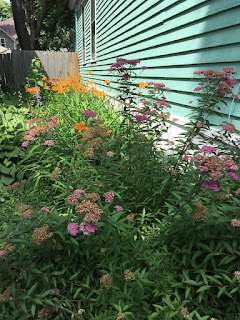