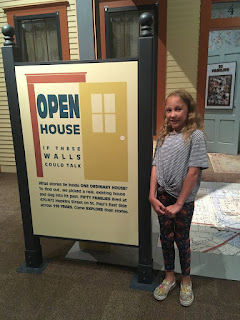 All three of us love the Minnesota History Center. Before he died, my dad used to get us a membership to it every year for Christmas, so we've been there (and to their other sites) many times. I'll never forget the time in kindergarten that Beatrix stopped at the Minnesota kiosk and was able to wow the person working there by listing off the Minnesota state bird, tree, flower, rock, and even the state muffin. 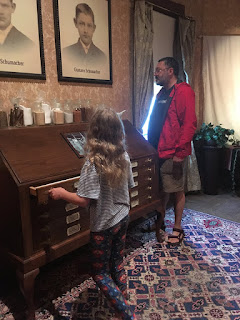 But since she was tiny, Beatrix's favorite exhibit has been "Open House." It's the story of a house on the East Side of Saint Paul (it's a real house, still there), originally built by the Schumacher family after they emigrated here from Germany (with a stop in Henderson, Minnesota on the way). It then became a duplex, and for some time that was the "Little Italy" neighborhood of Saint Paul and it had a strong Italian presence as you walk through the reconstructed kitchen. 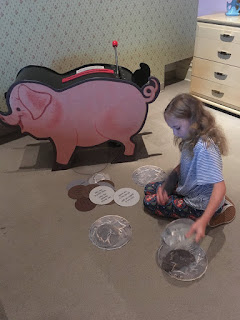 You then move through the bedroom (with a bed that always breaks!) and bathroom, you see some home movies in the living room, play games in the backyard, and check out the view to basement. One of our favorite parts is the story of an early morning fire at the house, where it lost its 3rd floor and where baby Denny was almost left inside. 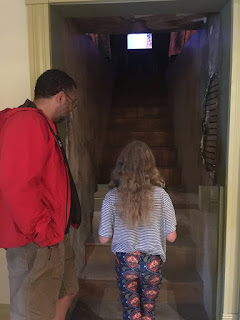 By the end, the house has become several units, and by the end of the exhibit, was home to several Hmong families in a very different, but extraordinarily similar, refugee experience.

It's an amazing exhibit that I love for its sense of place. But sadly, it's closing today. I'm excited for what will replace it, but man I will miss Open House. 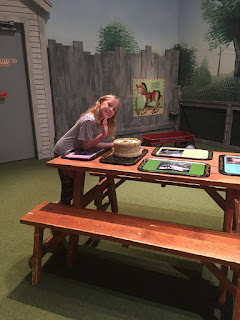 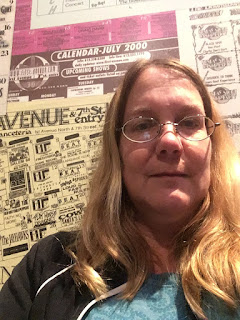 We then wandered through the First Avenue exhibit for awhile which was also great and a lot of fun (as Patrick said, "I did not stop smiling through the whole thing.") We ended the day with a garden party and then night games after dark at Randolph Heights with our friends Mike, Jenn, and Meara, for a truly fantastic day.